The most fascinating beaches ever! The shore is partly steep, then smoothly falling down to the sea but whenever there are signs of pebbles you really should stop and bury your nose in it beacause you might just be lucky and find some semi precious gemstone such as garnet, orbicular jasper, rodinguite quartz, semi nephrite, fossil worm casts, oil shale or elusive sapphires. We didn’t really believe it and thought of another tourist catch, but then met a man who fossicked for gold with hell of an equipment and he showed us his garnet findings from earlier today … and then gave it to the girls as a present. With this example we went looking, and found more garnet, quartz, mud stone with worm cast and heaps of other beautiful stones: The trunk of our car is increasing its weight rapidly these days.

Almost forgot to tell the story of the day :)

When we crossed the little stream on Gemstone Beach to get to the other side of the bay (where no people were) I left my shoes at the top of the beach where others were sitting, one gold washing, one fishing, others fossicking. Didn’t think that they’d be gone when I returned, but that’s what happened. We got back and … I thought it to be a joke, my kids hiding them. But they weren’t and finally we left, half shocked that someone would take shoes of another and half that somebody would like these old, filthy, dirty, wornout and full of holes sporties. Who on the world would seriously steal old, stinky shoes??? Well, I still have jandals and now we got a new hillarious story to tell to our grandchildren :D 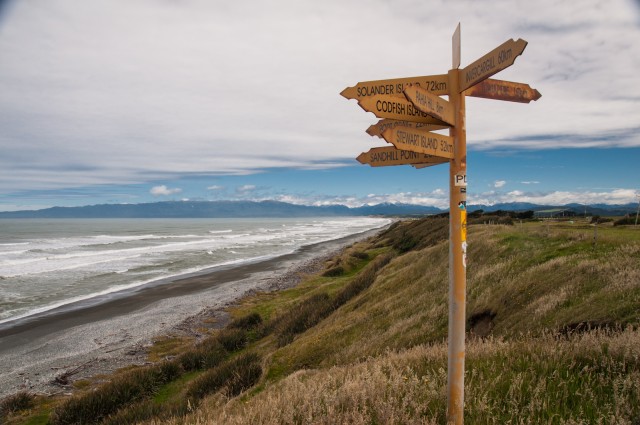 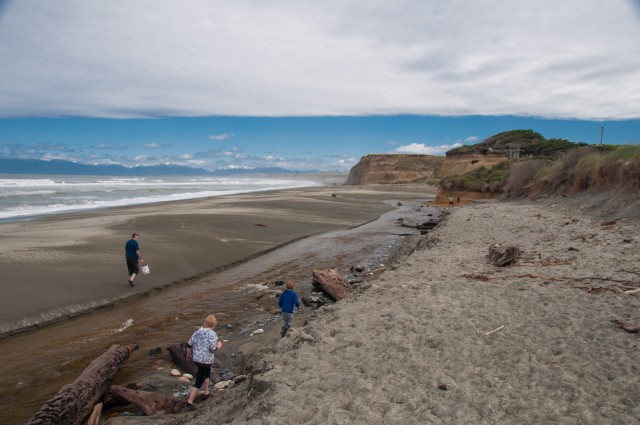 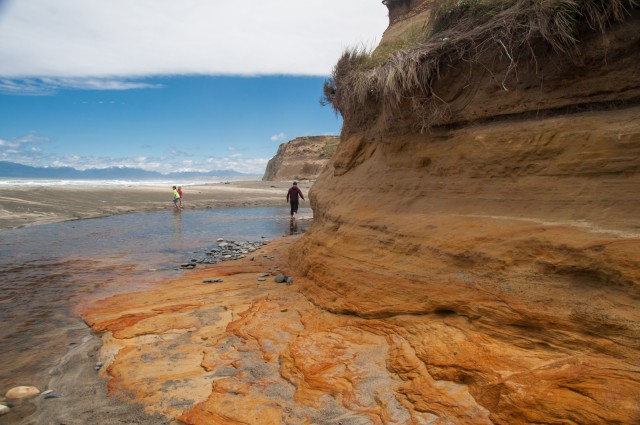 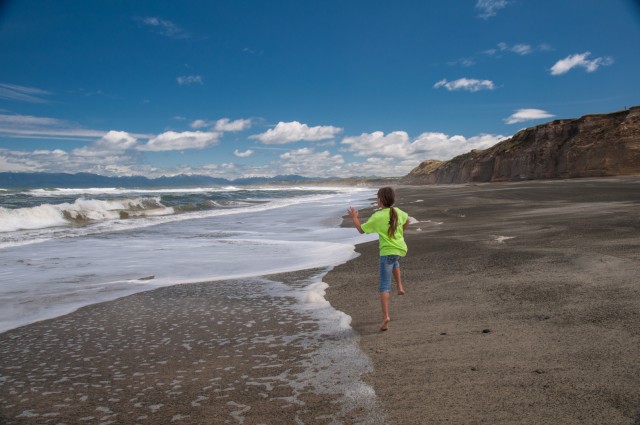 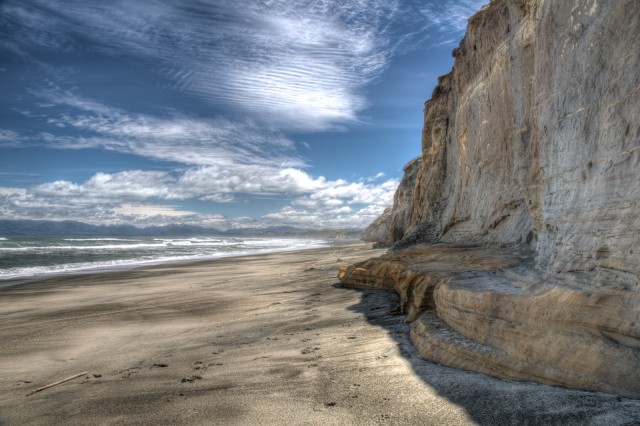