A recently found local magazine described Christchurch a “Donut-City” – because it has a hole in its center. What initially sounds kind of funny turns out to be a serious problem for the people there. About two years after the big Christchurch earthquake the city is far far away from recovery. While we had our car at the garage for the annual service at Team Hutchison Ford just next to the city center, we took the opportunity to have a walk around the Red-Zone which is still totally locked down for the public. 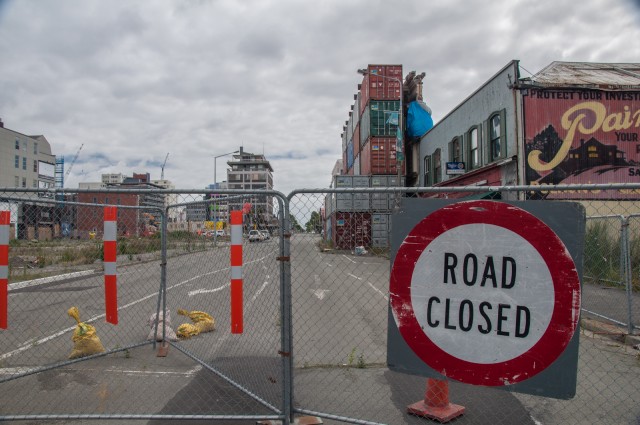 The Red-Zone covers what previously was called downtown – almost all taller buildings in the city center. Except a few, most of them either collapsed partially or were no longer safe to use – including the formerly famous Christchurch cathedral. As a result, the city administration decided to pull down all almost all buildings and sketch a new masterplan for the whole downtown area. At the current stage I’d say half of the buildings have already been pulled down and the other half is still waiting. 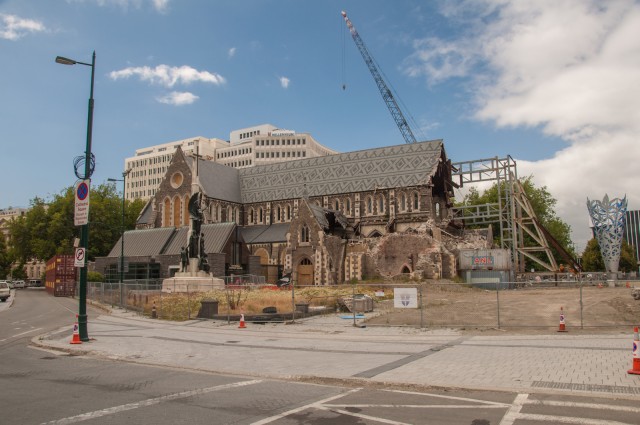 Wandering around in those extremely silent streets, with just a few contruction workers active, was one of the most depressing things I’ve ever experienced. It’s not about the damaged buildings, it’s about the thousands of people who were living there before and lost everything within a few minutes. Looking at the series of still fully intact, but forgotten and dusty shops that had to be closed because everything around was gone or locked down for safety reasons, gave me a kind of endtime impression. You really get an idea how it must have been felt for the people in times of war. Just horrible. 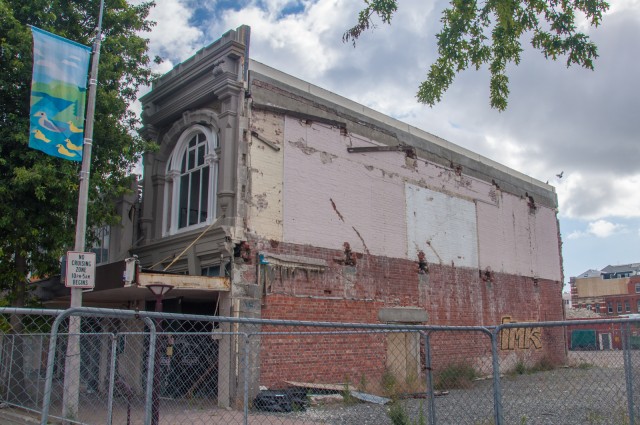 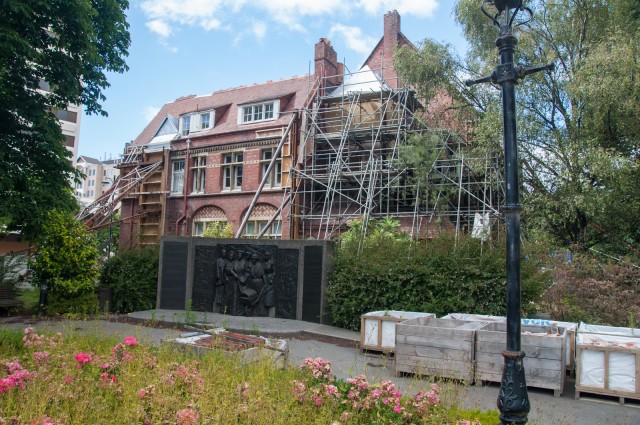 I talked to a local asking how long it would probably take until everyone can access the new city center and he replied that progress is slow because each building represents an individual very complex problem to solve and several management mistakes were made. After all dangerous buildings are gone, they can start rebuilding the underground infrastructure and when that is done, they can think of rebuilding the houses. He obviously was past his 50s and he just meant that he doesn’t expect that he would be able to see the new city in his lifetime… 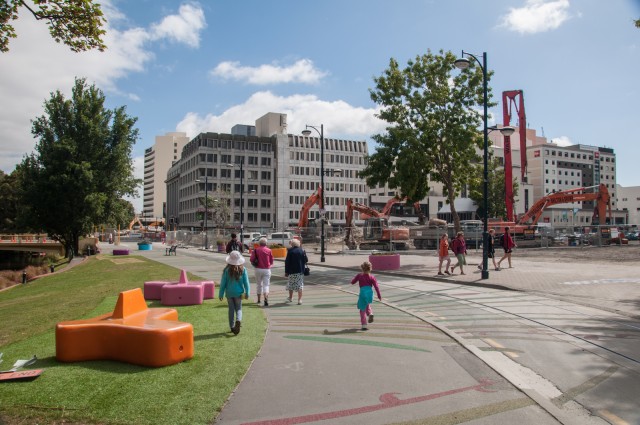 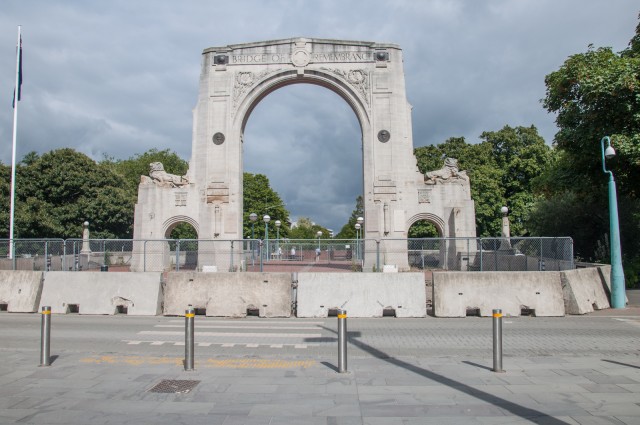 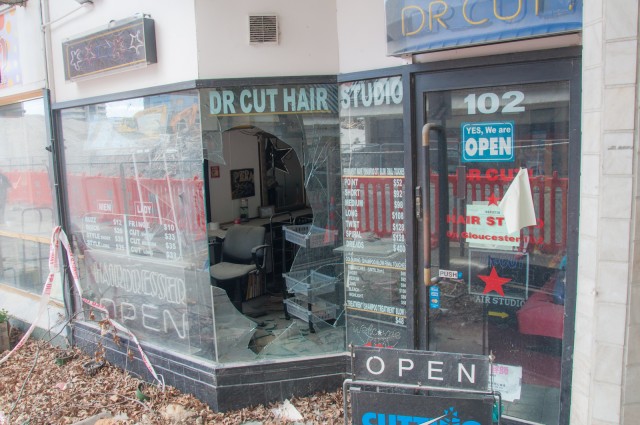 However, New Zealanders are known to be good in improvisation. Businessmen who had to leave their damaged buildings simply set up a container city just next to the red zone. It’s a very vibrant area with dozens of very well designed shops and cafes, a must see for every Christchurch visitor! Somehow the container city with the 100 m cut-off piece of railway crossing it is the best memorial for the quake Christchurch could think of. My guess is that the containers will stay there for a very long time. 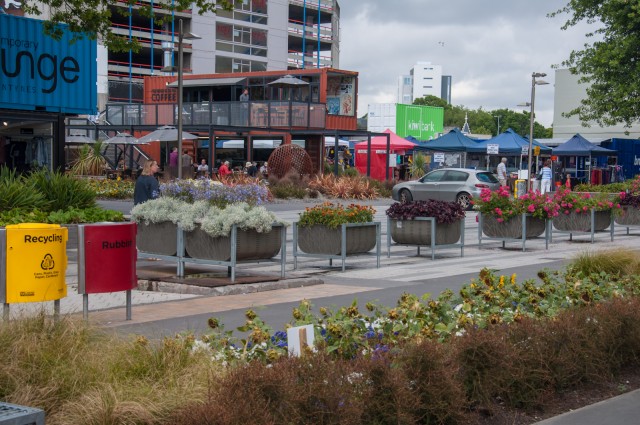 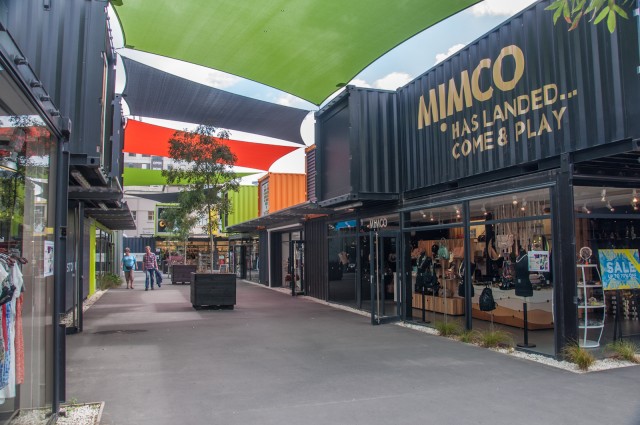