A lot to see there! Went the Cape Foulwind Road up to the carpark, then went to the lighthouse, along the old railway to the quarry, the astrolabe, the seal colony, down to Tauranga Bay and to the Bay House Café on the other side of the beach. Big walk for the girl’s little feet, but they got rewarded with a great meal and dessert (as were we, yum). 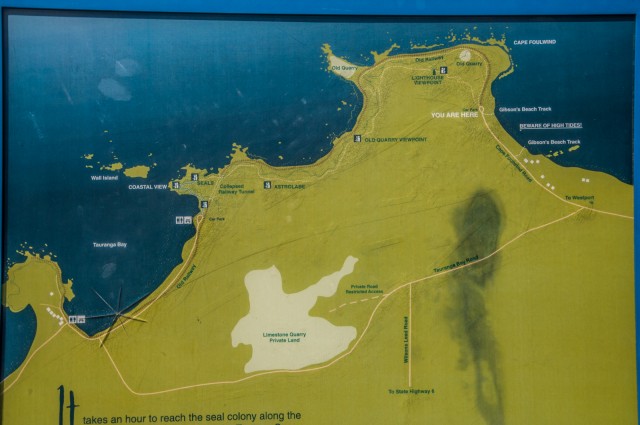 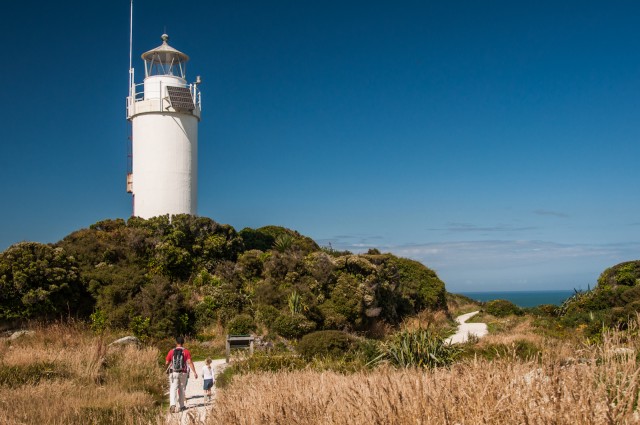 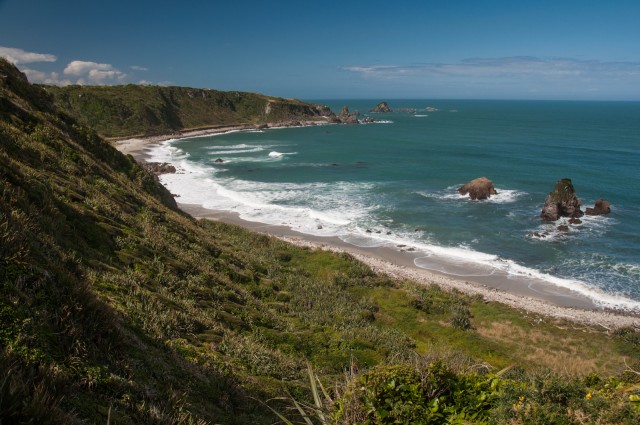 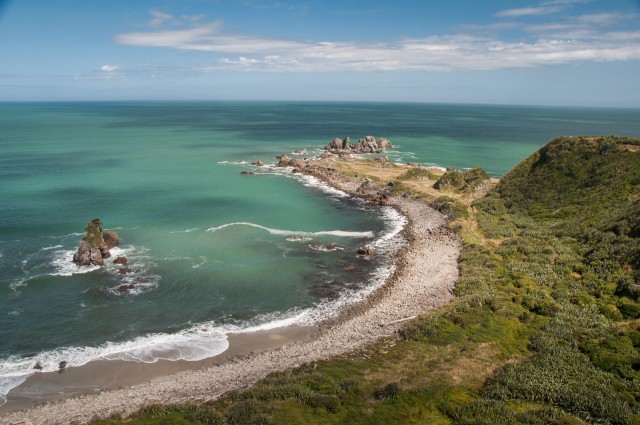 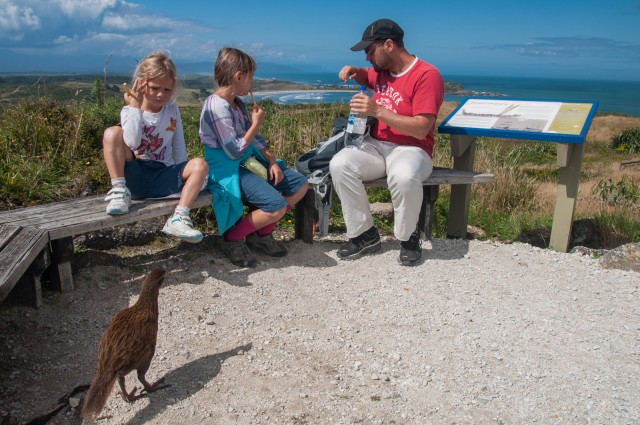 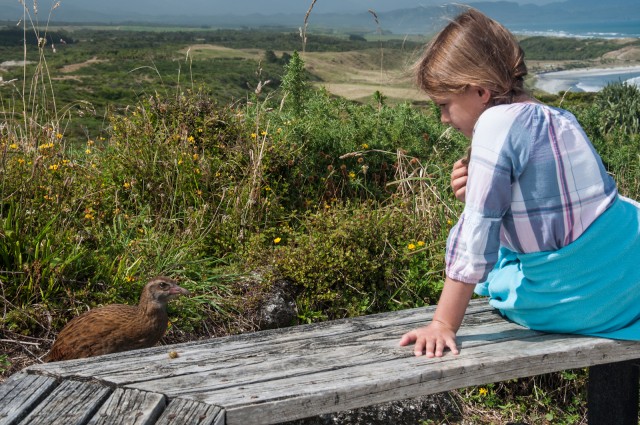 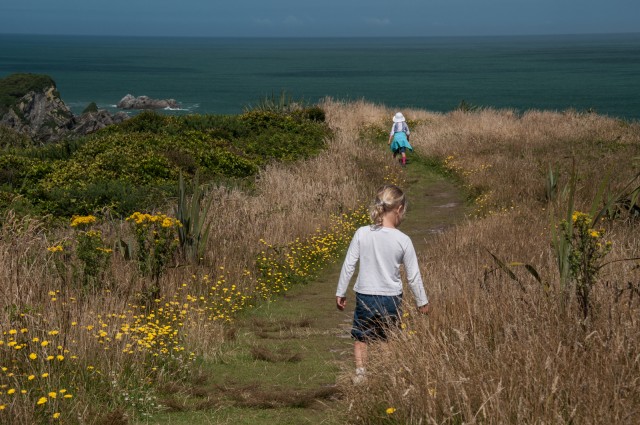 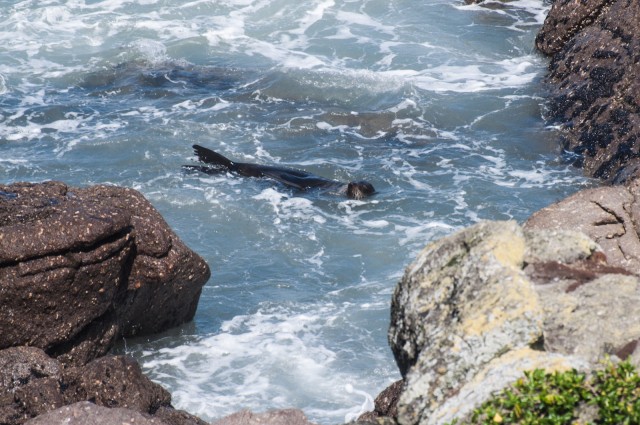 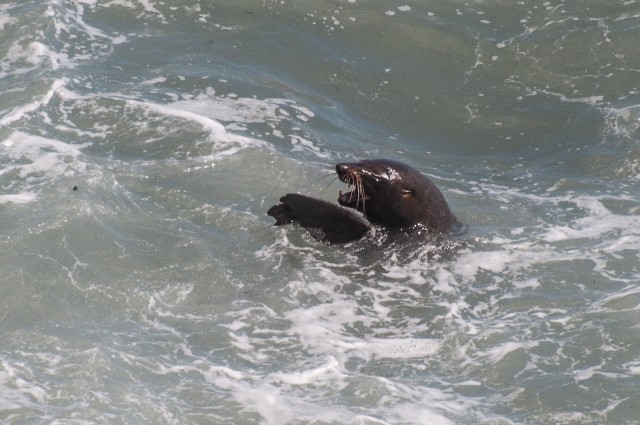 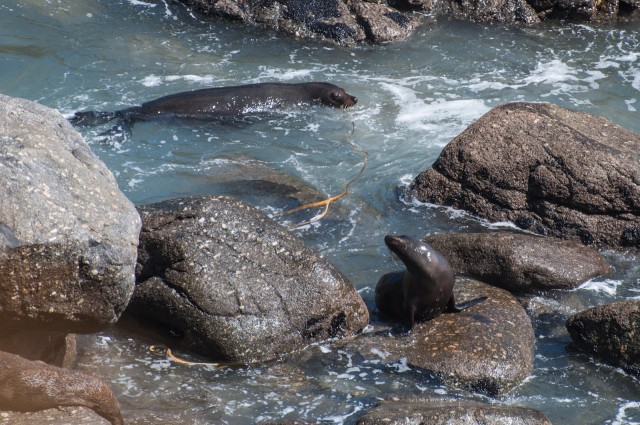 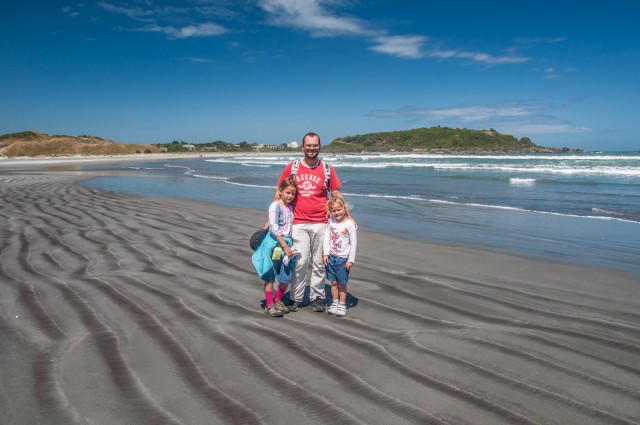 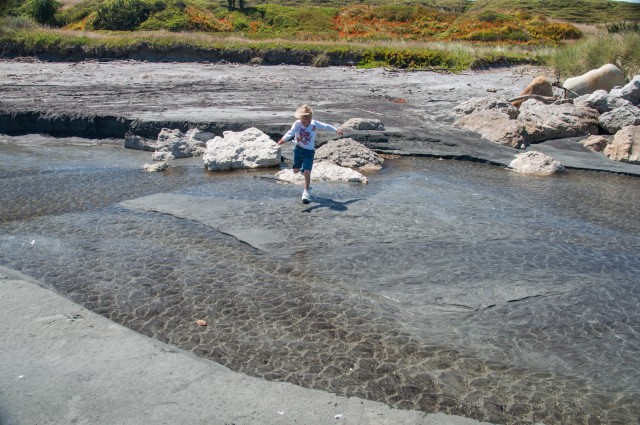 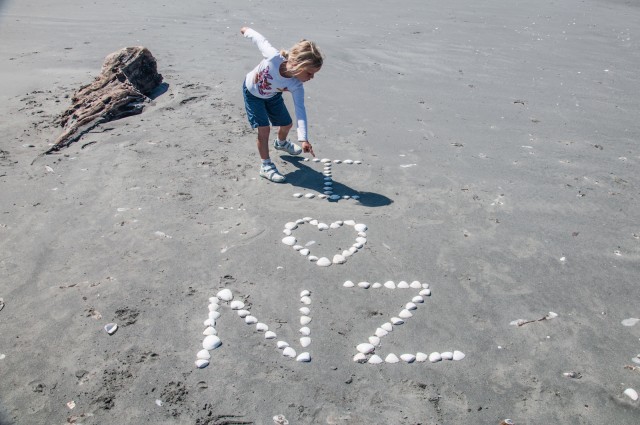 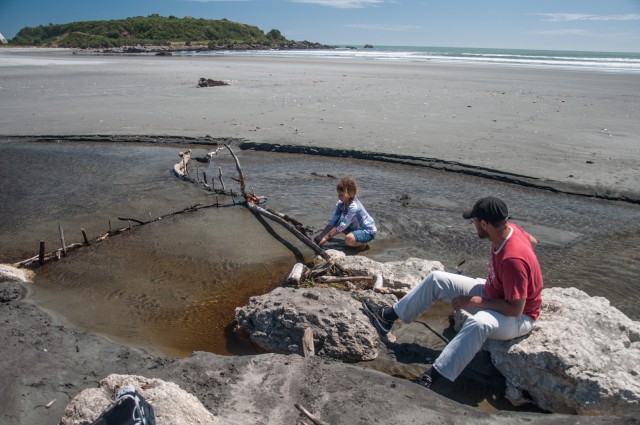 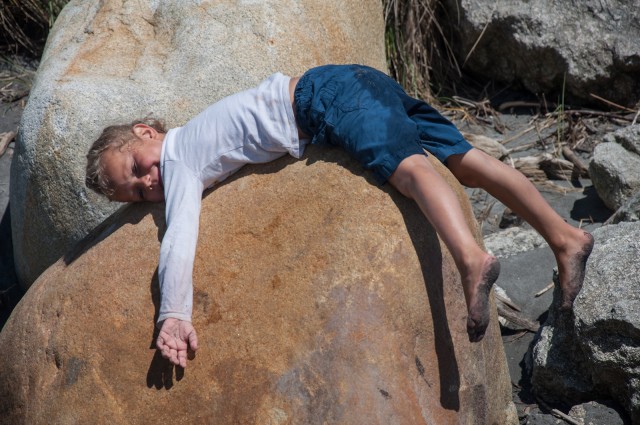 A kid, laid out on a stone to dry. 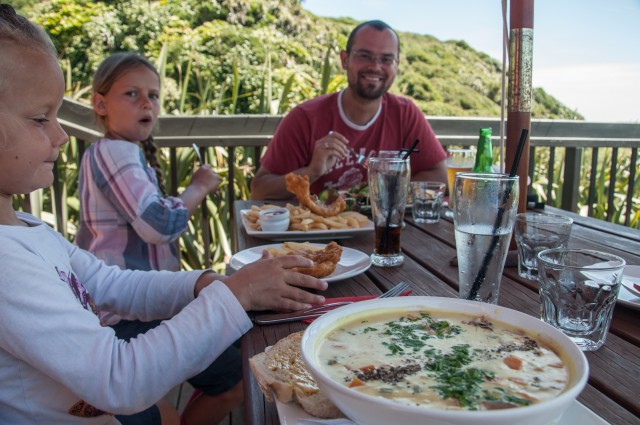 What is this bird? The weka is sometimes called “Maori hen” or woodhen and is often mistaken by tourists as a kiwi. Like the kiwi, it is flightless, is indigenous to NZ and was once widespread throughout the country. There are four sub species of weka, all of them rare today. – But not so at Cape Foulwind. Wekas seem to pop out every bush we sat nearby to have a picnic break :)  Weka seem to have a mixed personality: they’re bold opportunists especially when they live near  people, they cheekily enter houses, grub up the garden and predate on other birds’ nests. On the positive side weka are good slug, snail and rat-catchers. 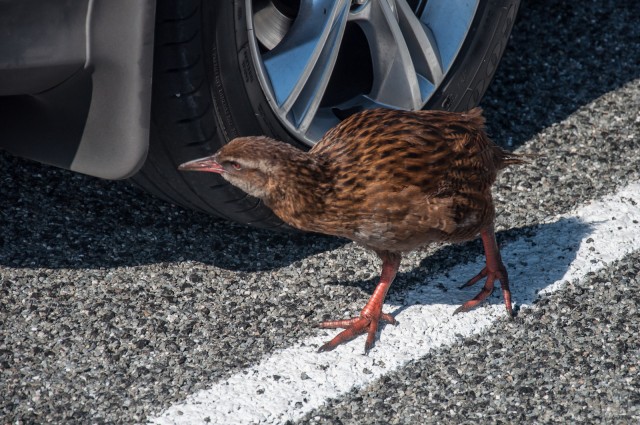