Two months and three days after our big rusty metal box has left our place in Austria, it arrived at the port in Nelson, NZ. On its journey it travelled from Bremerhaven, Germany, around Europe, crossing the Mediterranean, stopped over in Suez, Egypt, continued to India, changed to a different container ship in Singapore and finally headed around Australia over to New Zealand.

It’s hard to imagine the very different weather conditions it must have met on its way. From almost freezing autumn in Germany to 50°+somewhat near the equator.

How would our stuff survive all that!?

Well, on December 30th we would get to know. In order to get clearance by the port, it was required to completely unload and reload the whole container on site at the port. A critical measure for NZ to avoid any contamination with foreign seeds, germs and insects. We learned that this could be done at the final destination at home as well, but only in urban areas. The check was a bit delayed because of the christmas holidays, which cost us about NZD$50 a day for storage.

We were all so curious to have a first look on the container content, but once arrived at the port, we got to know that no kids would be allowed there, so mum and the children had to wait in the car for the whole procedure. Luckily it only took us about two hours thanks to the helping hands of a local moving company that were part of the shipping deal.

The good news: There was only little damage. No mould, no wet furniture at least, because we had placed plenty of dehumidifier boxes which were quite full.

The bad news: One of the dehumidifiers that has collected more than a liter of water fell over and soaked a couple of boxes in blue glibberish sauce. One of the leather chairs was a bit damaged because the drying agent dropped over it too which had a fatal effect on the leather surface – it shrinked. 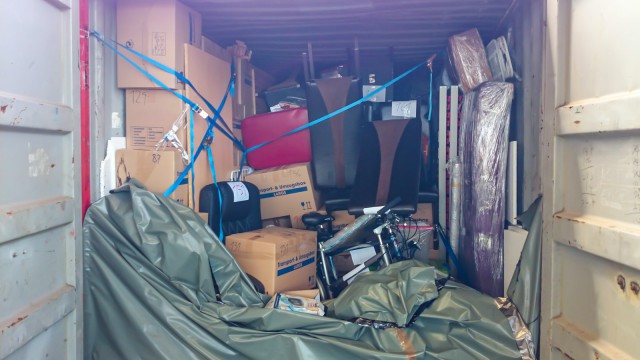 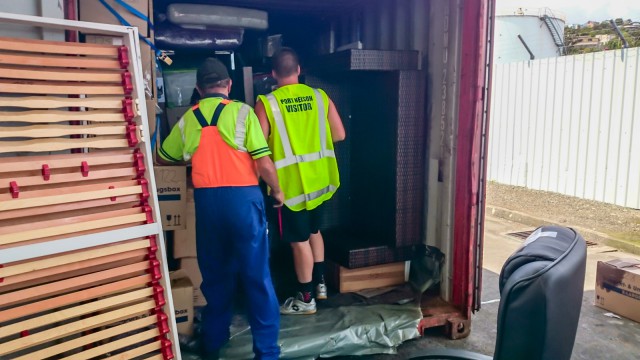 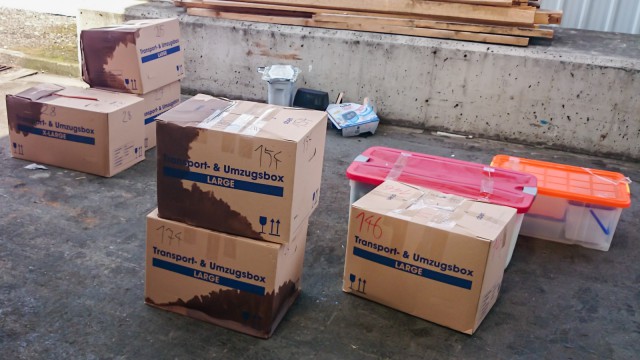 An hour in Nelson