It was a nice and sunny Saturday when we decided it would be the perfect day to cross the hills to discover the Golden Bay. The only obstacle on our way there was and still is: Takaka Hill. A name that sounds almost cute with a height of no more than 760 m above see level. But then … the narrow, winding road up that pass has it all: slippery bends, hazardous constrictions,  steep flanks and hillsides without securing beam barriers or preventive signs … and so on. Because of the morning frost we chose to do it very slowly, so it took us almost two hours to reach Takaka (from there the street’s again some kind of motorway).

A view from Takaka Hill down to Riwaka, Motueka and Nelson. 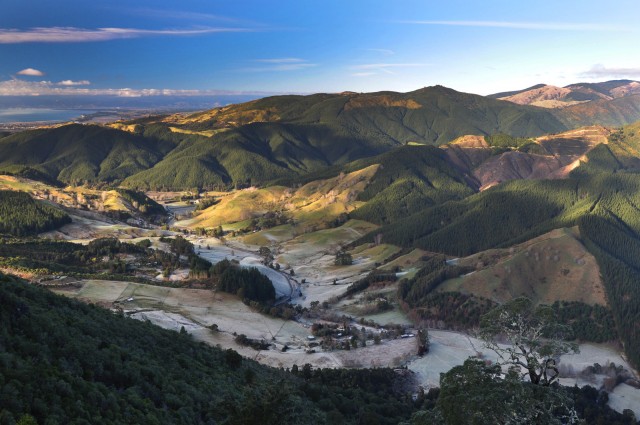 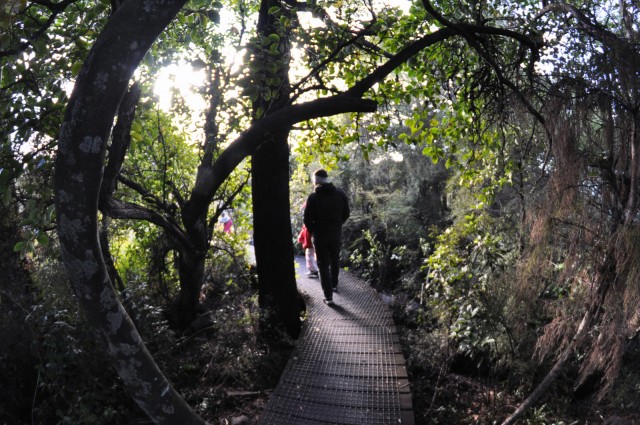 Rainwater steadily dissolves calcium enriched rock such as the marble on Takaka Hill, carving out grooves where it flows. The hard marble is no match for the water, which becomes acidic when it percolates through soil. The result is dramatic rock sculptures such as you see below. 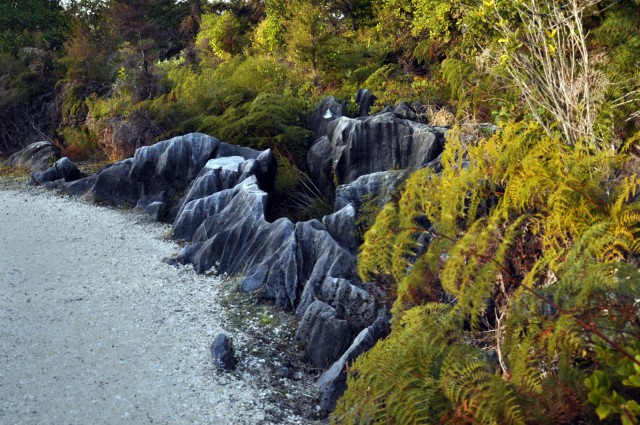 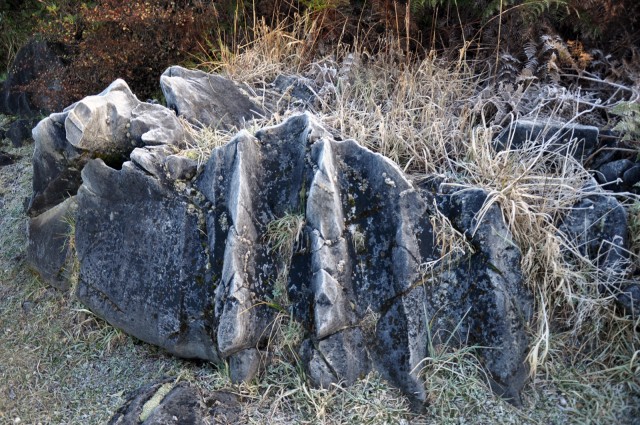 the taniwha of Wainui Bay, was a horrible lizard-like creature who thought only about devouring men and snaring women. He captured and enslaved beautiful Ruru, but she was too clever for him, lulling him to sleep with powerful karakia and escaping from his cave. The people of Whakatu helped her set a trap, luring Te Ngararahuarau to their pa and setting him on fire. He fled, and at the top of Takaka Hill tried frantically to dig his way home but was consumed by flames. His charred scales turned to stone, and were strewn around the hills, including the area known as Hawkes Lookout today.”