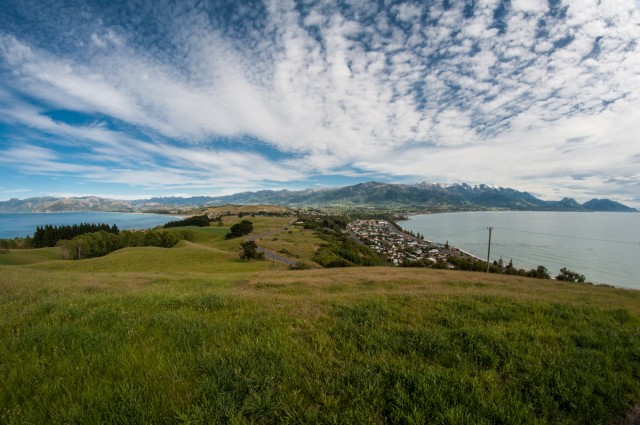 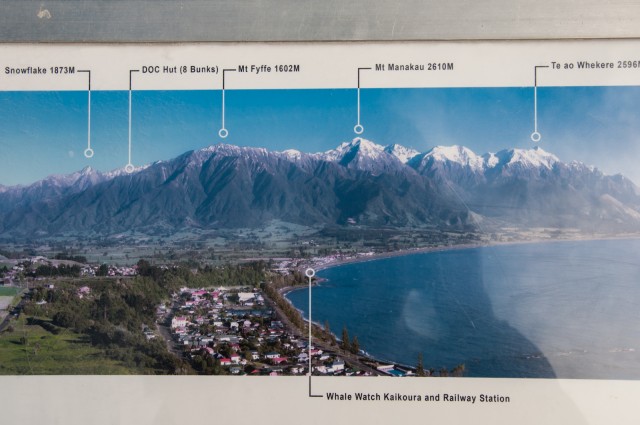 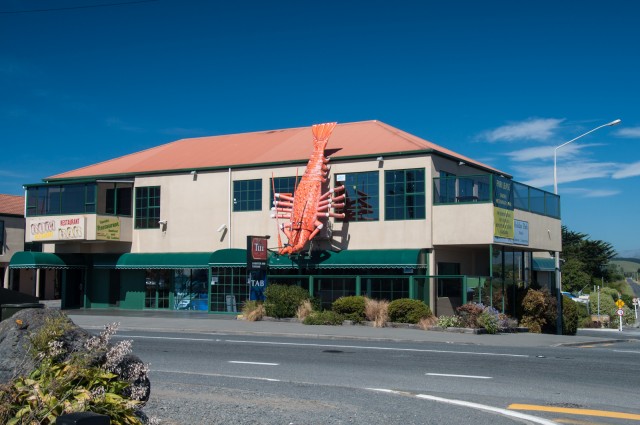 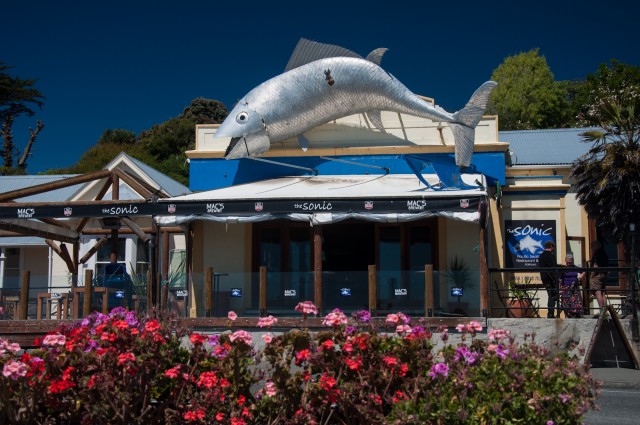 We had a lot of time until the whale watching tour would start, so we had a drive-through Kaikoura, a small but touristic town that attracts many visitors by doing tours like “swim with the seals” ” … dolphins” or “whale watching”.  The benefit of having a deep ocean trench (about 3000 m deep) that almost reaches the coast draws tourists from all over the world, many kinds of whales can be seen there, sometimes one, more often lots of them. The safaris are not into the blue, though – the boats work sonar and hydrophones to locate whales, we for example knew exactly that there was one whale sighting earlier that day 6 km from the coast and by the time the tour started, it was 10 km away. Whales tend to dive deep in the sea but eventually they have to return to take a rest and some deep breaths of air. See this post on whales I found at merian.de (in German) – very nice to read with all the info to wish for.

Waiting for the tour to start … walking around at the beach and looking for the seal colony. 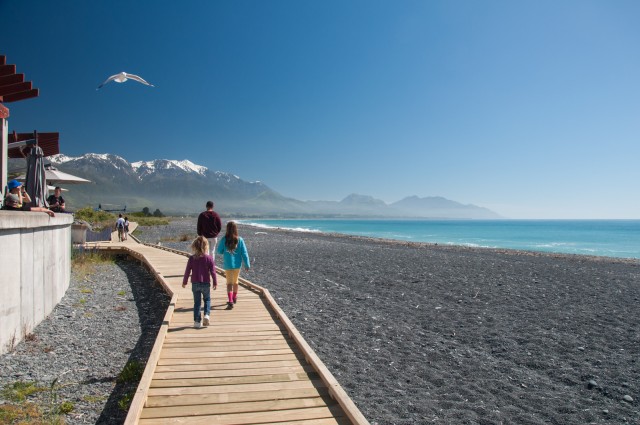 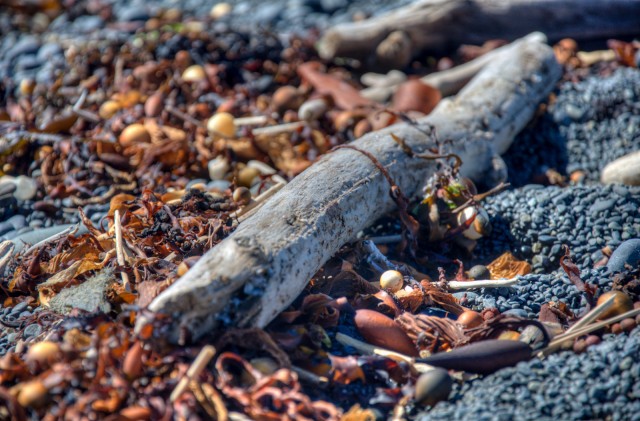 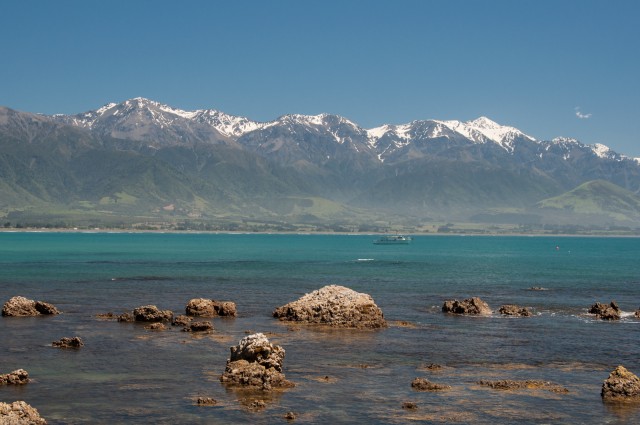 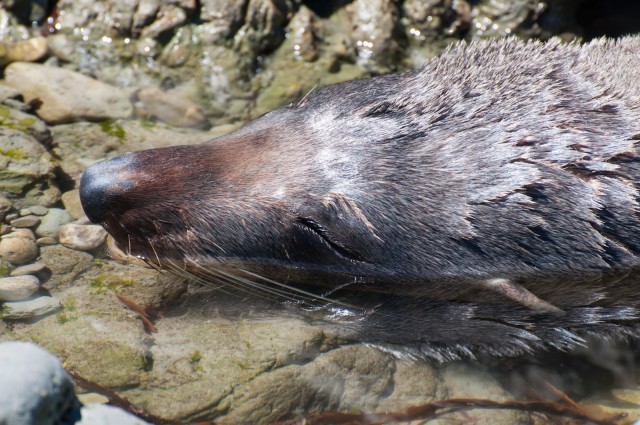 Baby seal that laid just next to the path and did not move when we were approaching it, unknowingly that it was there (it’s almost invisible between the stones). 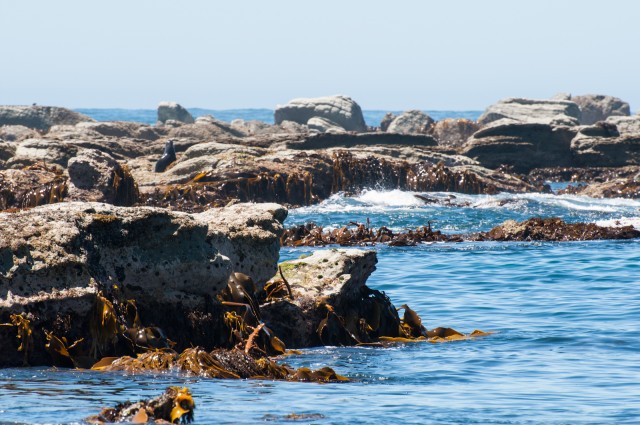 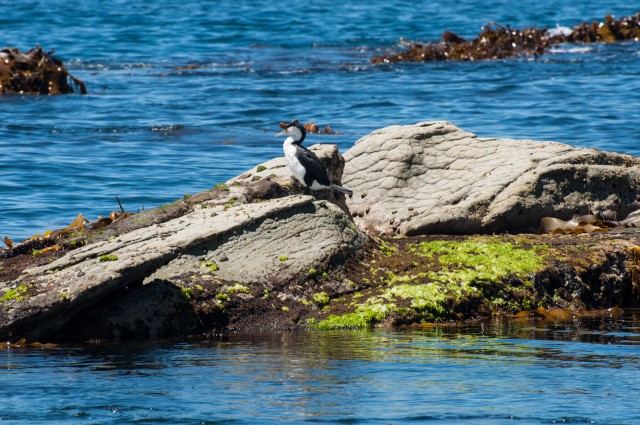 Birds at the shore. 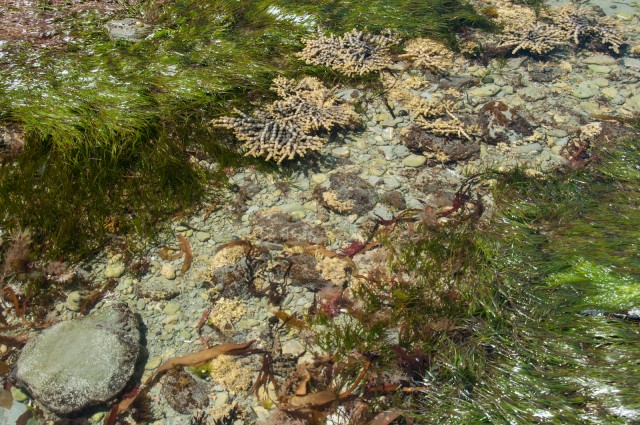 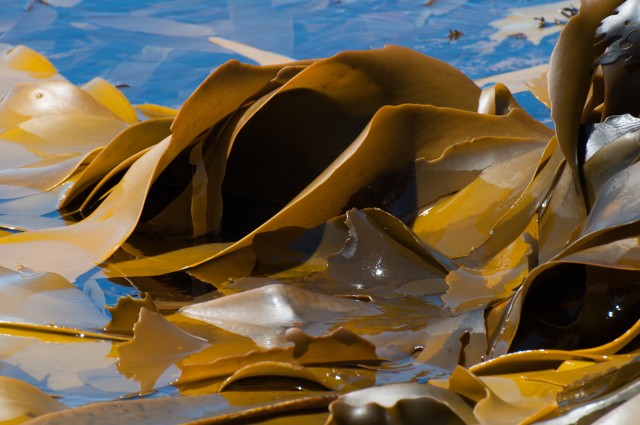 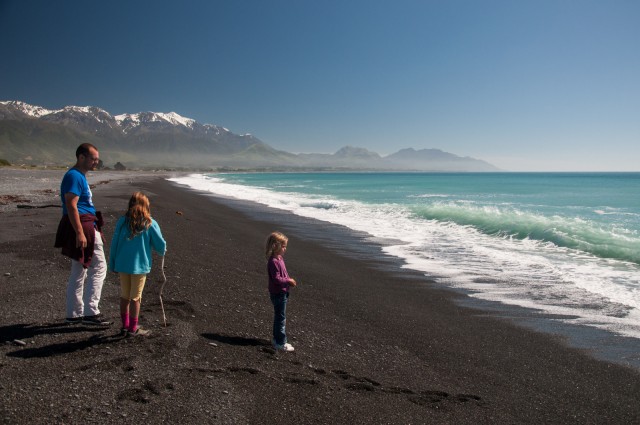 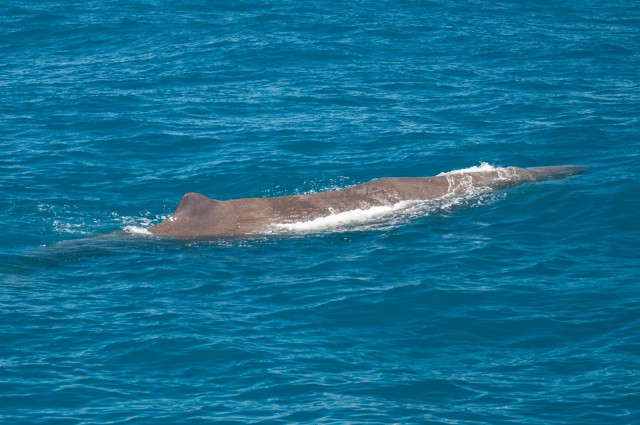 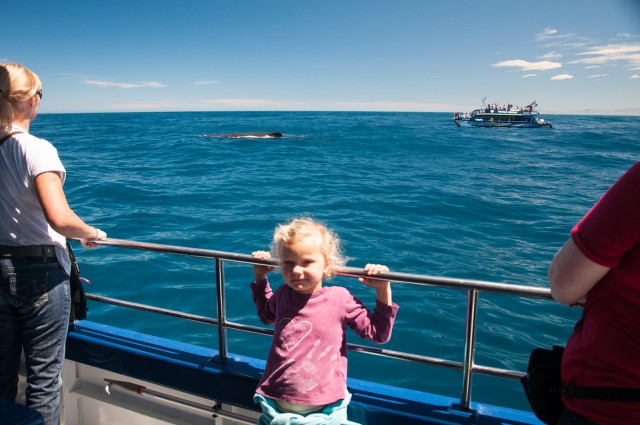 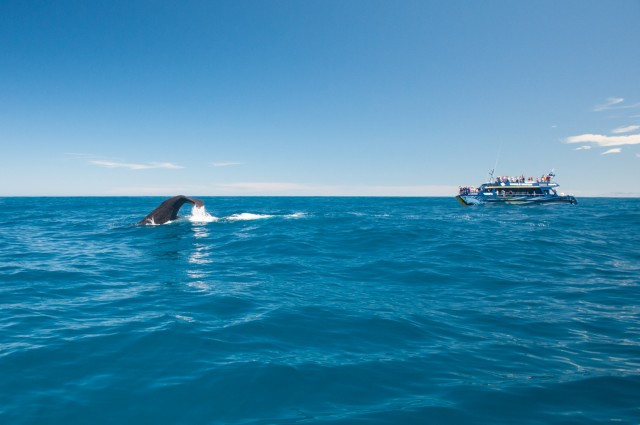 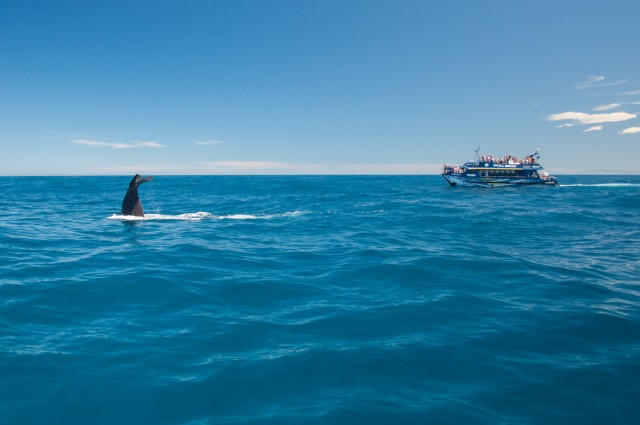 The waves in the open water are really high and all of us got badly motion sick, even we didn’t need to use that little paper bags, 2,5 hours at sea is all that we can do. For now. Maybe there will be another try when we’re going back north. We just had to grab some food at our way back – the best fish and chips takeaway in town right in front of our motel :) lucky us. 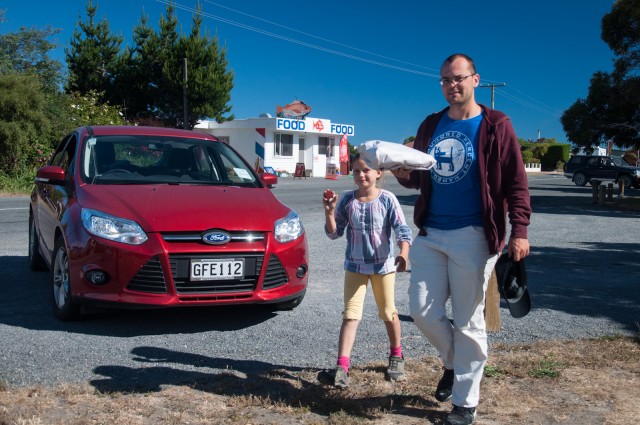