This little town at the northern west coast is a real gem, and the waves are unbelievable (not very high but they roll and roll a long way, it’s a surf hot spot). Before we went to see our couchsurfing friend Neil at his hillside home, we took a walk at Whale Bay. Yes, we thought maybe we could see some whales at Whale Bay, but as it turned out the sting rays that get chased by hungry orcas occasionally only appear once or twice a year, mostly in autumn. So we sat a while and watched the surfers in their neopren suits go up and down, ride and dive. The evening we spent at Neil’s terrace having some beers and a homemade “everything” soup while the kids played with the frisbee in the garden. Nice sundown, too. 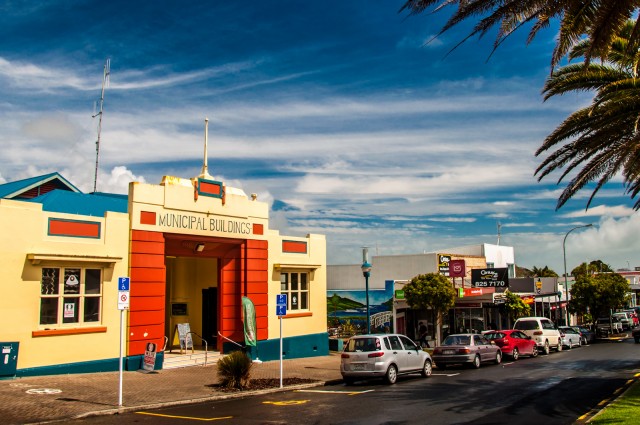 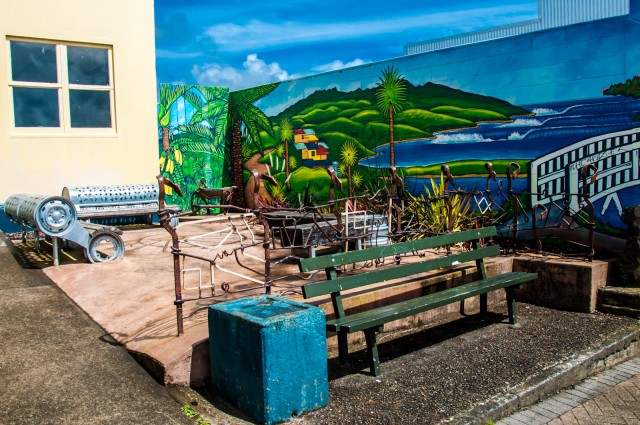 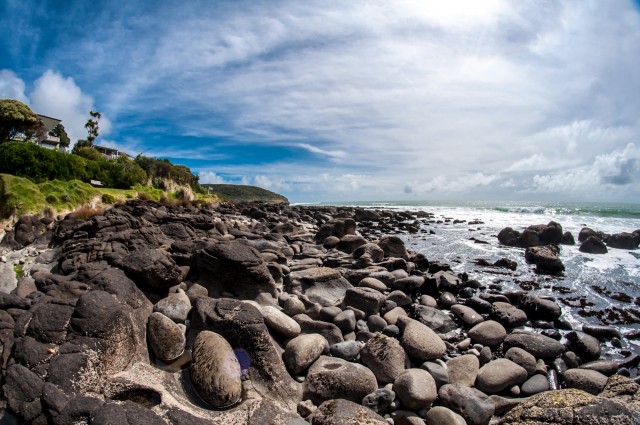 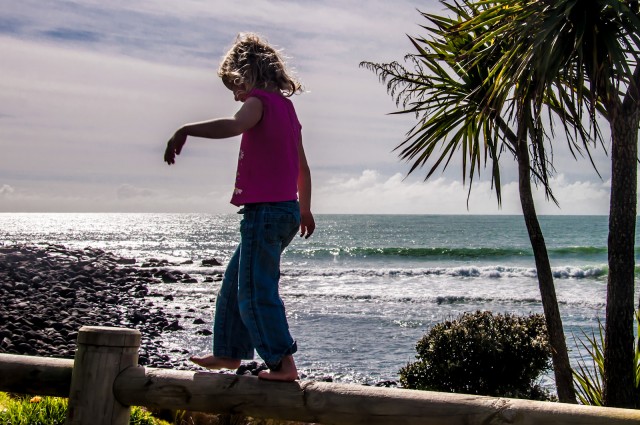 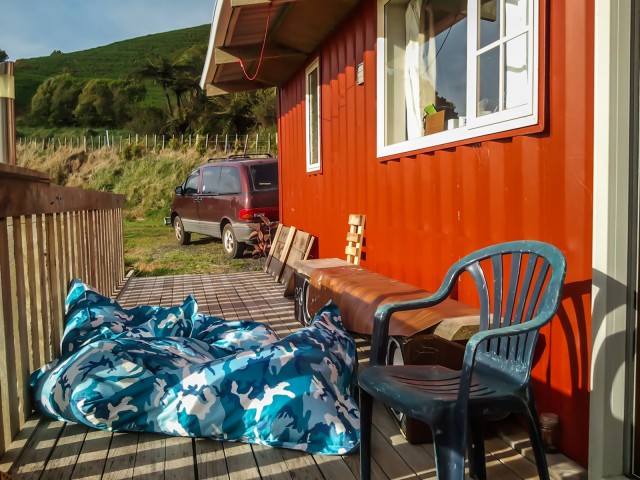 Did I mention the indoors compost toilet? No? :) 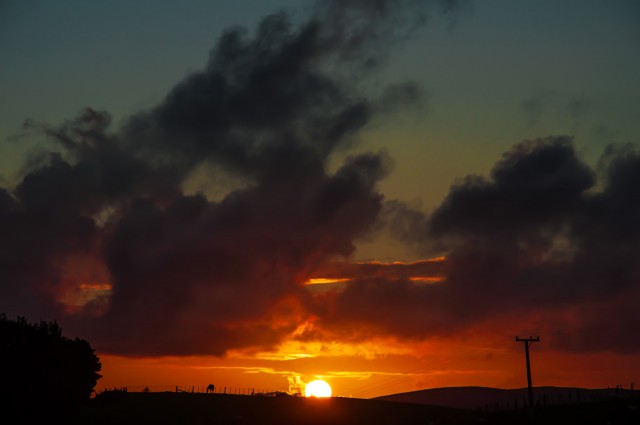