Here we are again, about one hour drive from Auckland in Muriwai, to see the permanent colony of about 1200 pairs of nesting gannets. They’re located at an amazing part of the coastline. Steep cliffs, black/bluish sand, awesome rock formations and enormous waves. Combined with a breath-taking smell of bird sh** if you come too close. Finally we also found the assh*** of the world it seems. See it to convince yourself. 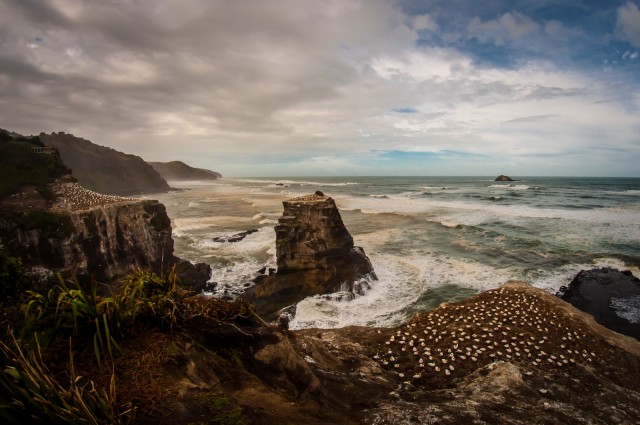 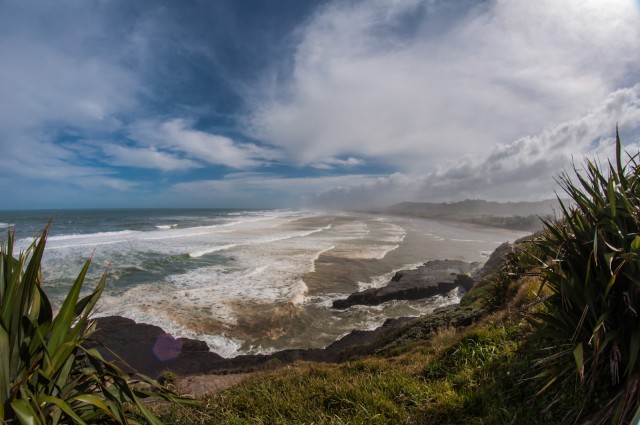 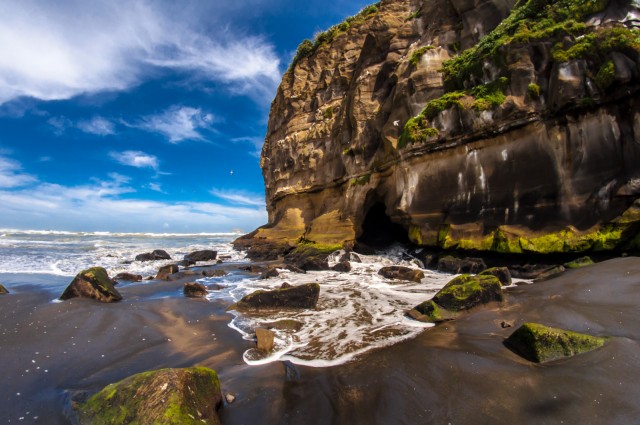 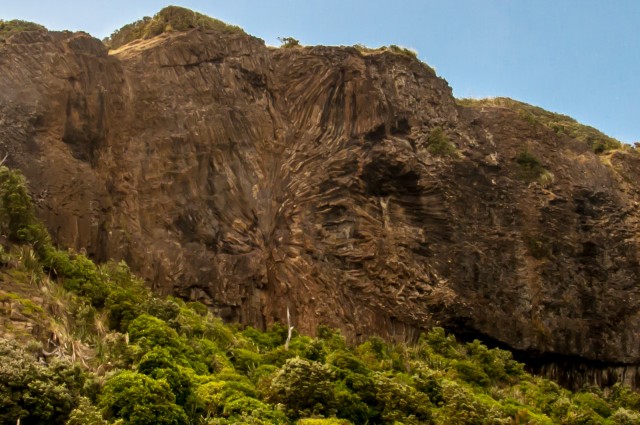 Gannet nests are just centimetres apart. Those coming in to land must glide over the squawking raised beaks of their neighbours – so getting it wrong can be painful. These 2.5 kg birds have a wingspan of 2 m. Each pair lays one egg and the parents take turns on the nest. The chicks hatch naked, but within a week they’re covered with fluffy down. As they mature, they grow juvenile feathers and begin to exercise their wings in preparation for the one-shot jump off the cliff.
Once airborne, the young gannets leave the colony and cross the Tasman Sea to Australia – without their parents. A few years later, surviving birds return to secure a nest site at the colony. It’s a great idea to leave and see the world before settling down at home. 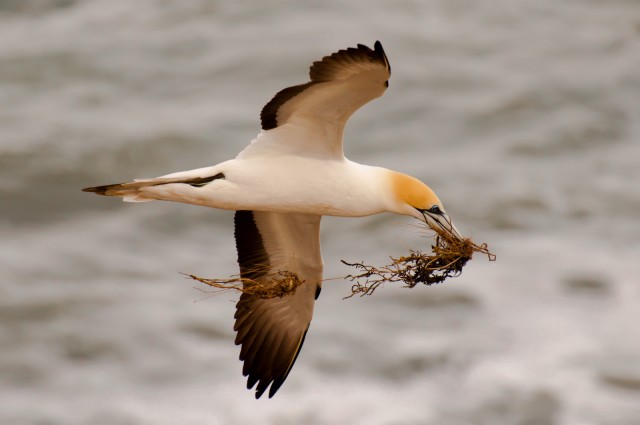